The Myth of Dog Vision Debunked

Ever wonder what your dog sees when they look at you? We have come a long way to understanding dog vision and how their eyes function. The fundamentals of vision receive the perception of motion and light. Other things like as visual perspective, visual relativity, depth perception, and visual acuity also factors in. The question of how well a dog sees, and what it is like to see through a dog’s eyes. It effects fields such as a dog’s ability for agility performance, guiding the blind, police dog work, racing, hunting, obedience training, and daily activities.

What causes the eye to see color? Color is detected in the retina of the eye, which is the lining in the back of the eye, converting light into electrical impulses that travel through the optic nerve to the brain to form an image. The photo receptors that detect color are called cones. Rods are the receptors than can detect light and dark.  In recent years, science has had a breakthrough in the examination of the canine eye. There are differences between human’s and dog’s eyes, driven by purpose, development, and evolution.

Dogs in the wild are heavily nocturnal creatures that track prey in the dark, and, as predators, they are prone to easily seeing and hearing movement. Their sharp senses have attuned them to hunt, and, therefore, their eye is different than primates. They have a larger lens in the eye and a reflective membrane in the back of the eye, called a tapetum, to enhance night vision. The tapetum bounces light back to the retina a second time, increasing the chance of absorbing the light. The tapetum causes a dog’s eyes to appear to be glowing in photographs. A human will have “red eye” in a flash, which is the reflection of blood vessels. Dogs appear to have green glowing eyes in the same photo, as light bounces off the tapetum.

Their retina only has 2 types of cone cells, so they are considered dichromatic, whereas humans are trichromatic. Each cone absorbs a different wavelength of light. Dogs, and some color-blind humans, are missing the red-green cone. With the absence of this color detecting molecule, other colors can still be made out, such as violet or yellow, but reds will appear grey. Isn’t it odd that red is a popular color for dog toys, when a dog has a hard time discerning it from the color of the lawn? It explains why your pup goes bonkers over that yellow tennis ball. Knowing how color affects your dog’s eyesight can help you make choices to alleviate misunderstandings and help your dog live more comfortably when you are buying toys in the retail section at Dogma Dog Care.

There is no part of a dog’s eye that has 100% cones (like humans do), so it is estimated that a dog can see 6 times less detail than a human. The flip side is that they have many more rods than humans, so their night vision is better, detecting images in 5 times dimmer light than humans. They have a larger pupil, letting in more light also. Dogs are superior in motion detection, due to the high number of rods.

Dogs are at an advantage to humans in peripheral vision. Their field of vision is about 250 degrees, whereas humans only see 190 degrees because our eyes are on the front of our faces, and not the sides, giving dogs a 60 degree advantage. And, they see in three dimension just like us. The cool thing about dogs is they can learn so many things, like your body language. They can follow your finger and where you point by reading your body orientation, and thus your visual perspective. They are one of the few animals that can understand that you are indicating something to them. And frequently, recognition of a person is due to reading typical body movements, as opposed to facial structure.

Remember, dog vision is dichromatic, so mainly: BLUE and YELLOW and the rest GREY, not black and white. So your dog sees you in a few different tones! And you still look good to them! They are attuned to your body language. Dogs are amazing creatures that are complex and special, and their unique dog vision is too. 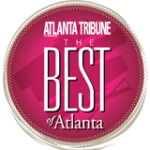